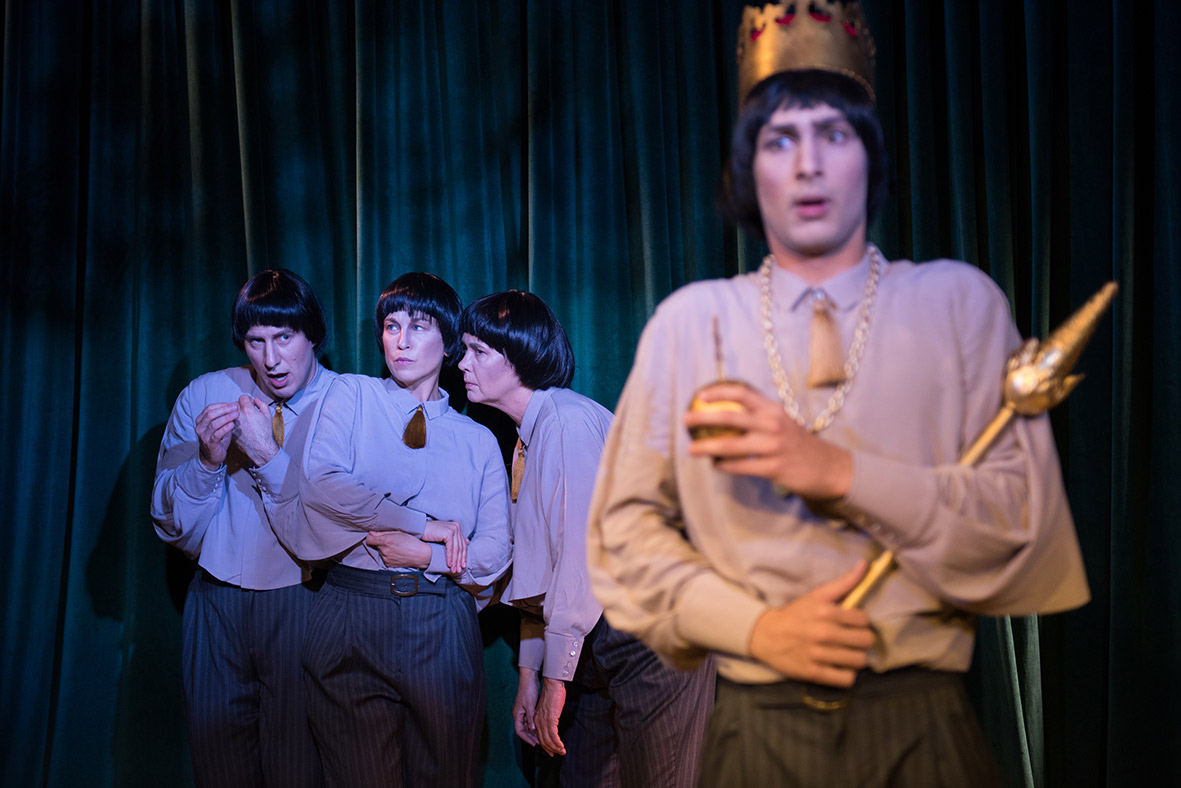 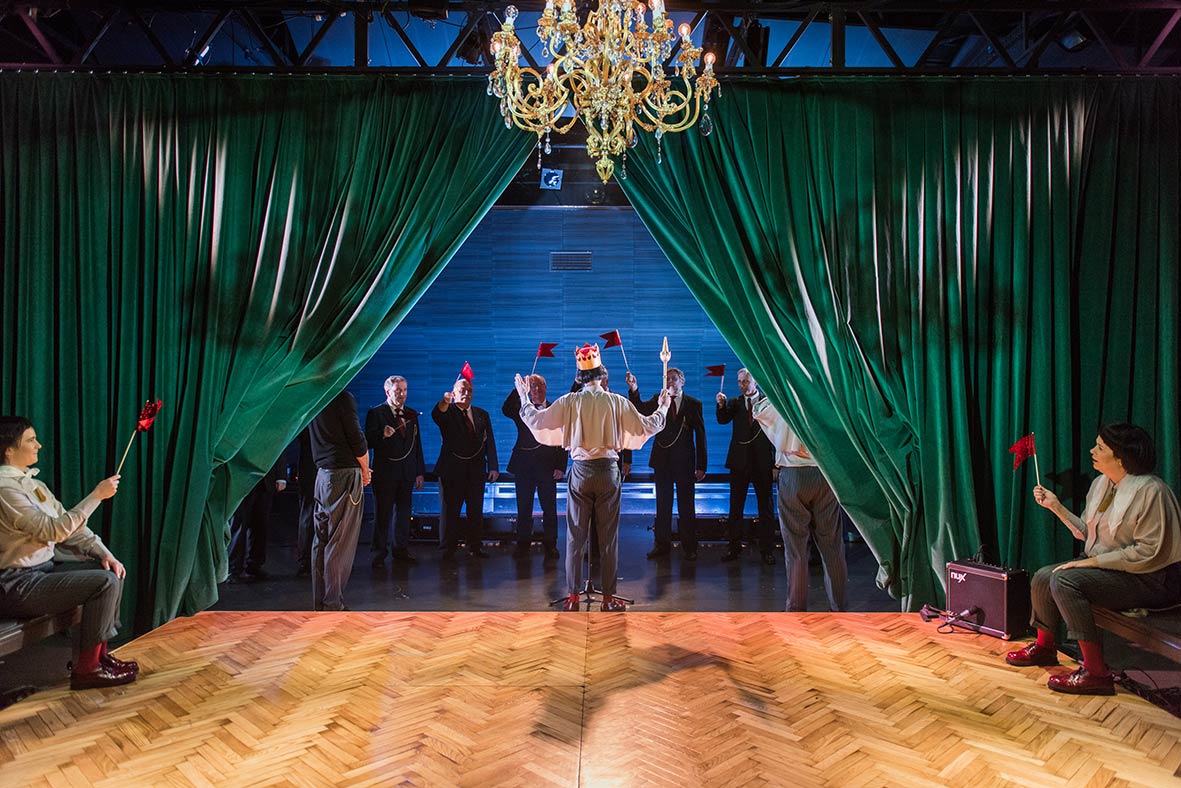 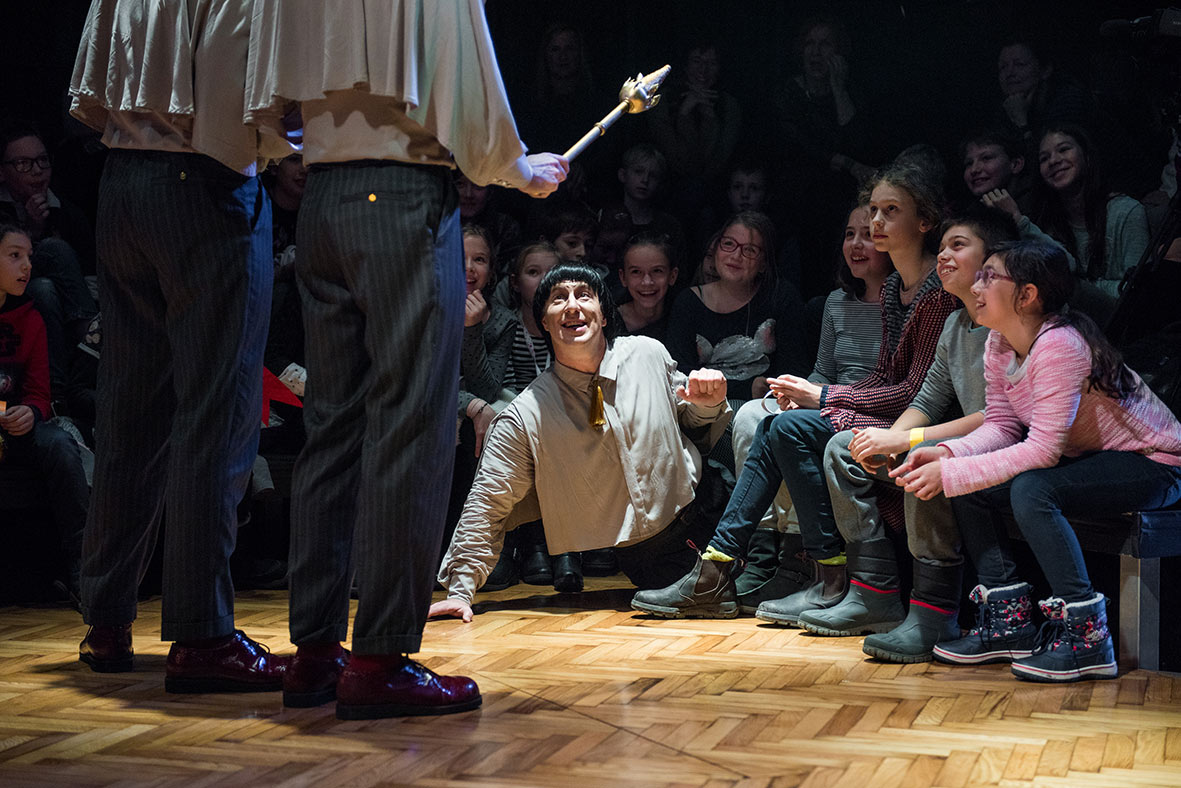 The performance is based on the famous Polish children’s novel by the same title.

It’s about an 11-year-old boy who is forced to become a king, after the death of his King-father. In spite of an idea to rule in his own fashion with a strong sense of justice, he can’t avoid the large, inefficient and alienated bureaucracy of a parliamentary democracy, with its legislation, traditions, and politics. In order to establish a state with a human face, he starts a Children’s Parliament.

What would happen to a society if children took care of it? That is at the core of the performance and its participatory approach to universal subjects of justice, tolerance, equality…